Joplin’s three historically significant homes are located in the Murphysburg Historic District. During the early 1870s, Patrick Murphy, William P. Davis, C. E. Elliott, and William Byers laid out a 40-acre tract west of Joplin Creek and established the township of Murphysburg. By the spring of 1873, the community of Murphysburg would relinquish its name and merge with the adjacent Joplin township. The two mining communities became known as Joplin.

The Murphysburg Historic District was listed on the National Register of Historic Places on May 15, 2015. The Schifferdecker, Zelleken, and Rogers properties are part of the 185 listed contributing structures covering a 22-block region. The homes located in this historic neighborhood represent a variety of architectural revival styles, but most significantly is the 1890s Victorian Era. During that decade, the Joplin community was transformed into a thriving urban center.

Charles Schifferdecker was born on August 28, 1851 in Baden, Germany. At the age of 18, he left his homeland and boarded a ship for America. He worked at a brewery in St. Louis, Missouri, before relocating to Baxter Springs, Kansas. Schifferdecker gained employment working for another German immigrant, Edward Zelleken, in his brewery business. He was a founding member of the First National bank, serving as its president for twelve years. He served on the Joplin City Park Board and two terms on the Joplin Board of Education. He was a member of the Joplin Turner’s Society and Joplin Club. He was very generous to his community by donating property for the building site of the Scottish Rite Cathedral and to the city of Joplin, which today is known as Schifferdecker Park. Schifferdecker died at his home on October 30, 1915. 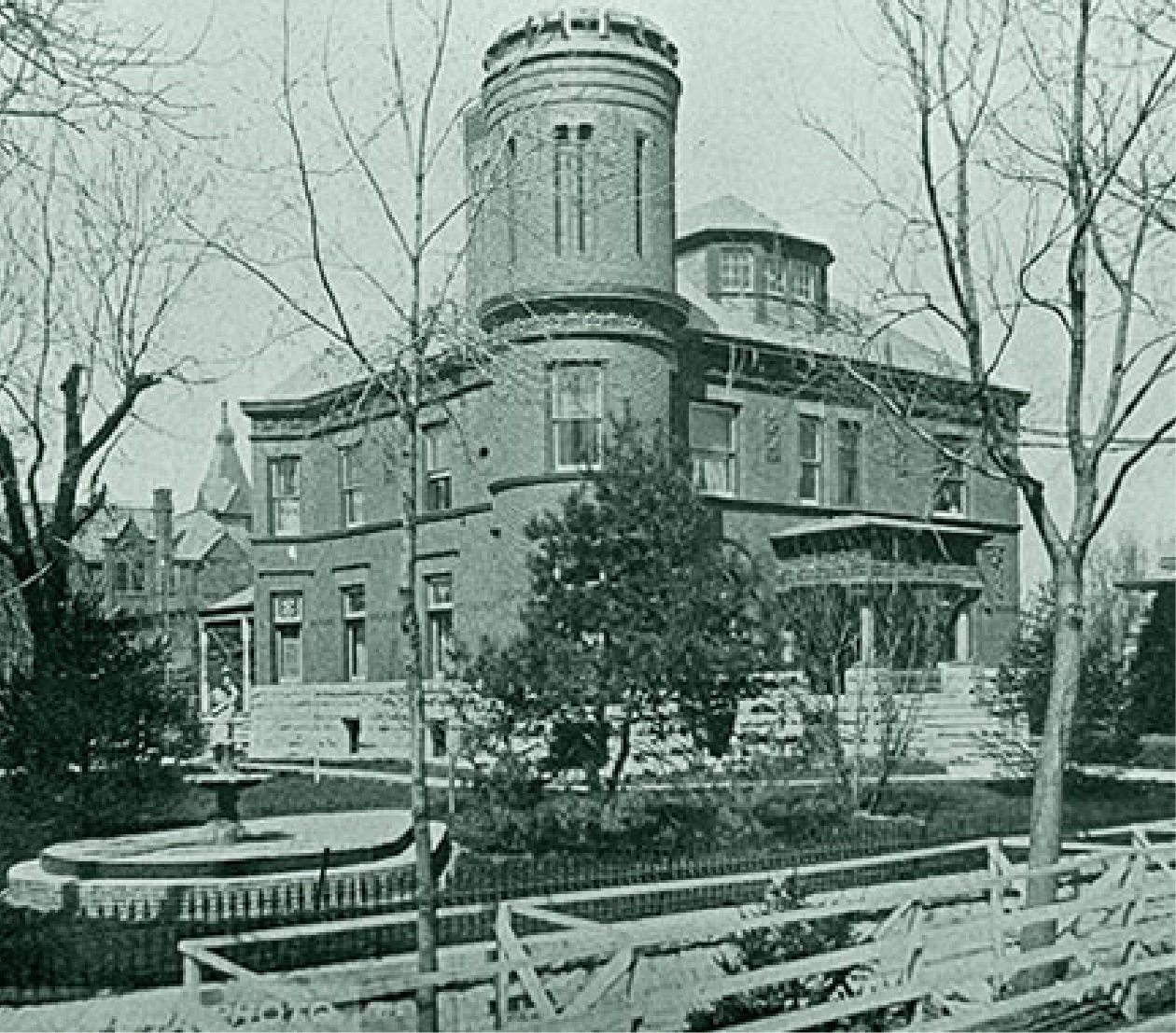 Edward Werner Zelleken was born on the first day of 1839 in Altdorf bei Nurnberg, Germany. He arrived in America in 1860. After stops in Cincinnati, Ohio, Sedalia, Missouri, and Baxter Springs, Kansas, he permanently relocated to Joplin in 1881. The following year he built an impressive red brick residence at Ninth and Pearl. His Joplin professional business career evolved around lead and zinc mining, banking, and real estate. Zelleken was a major stock holder in the Interstate Grocery Company, vice president of Miners Bank, and president of Galena Lead & Zinc Company. Zelleken died at his home on Sergeant on November 29, 1919. 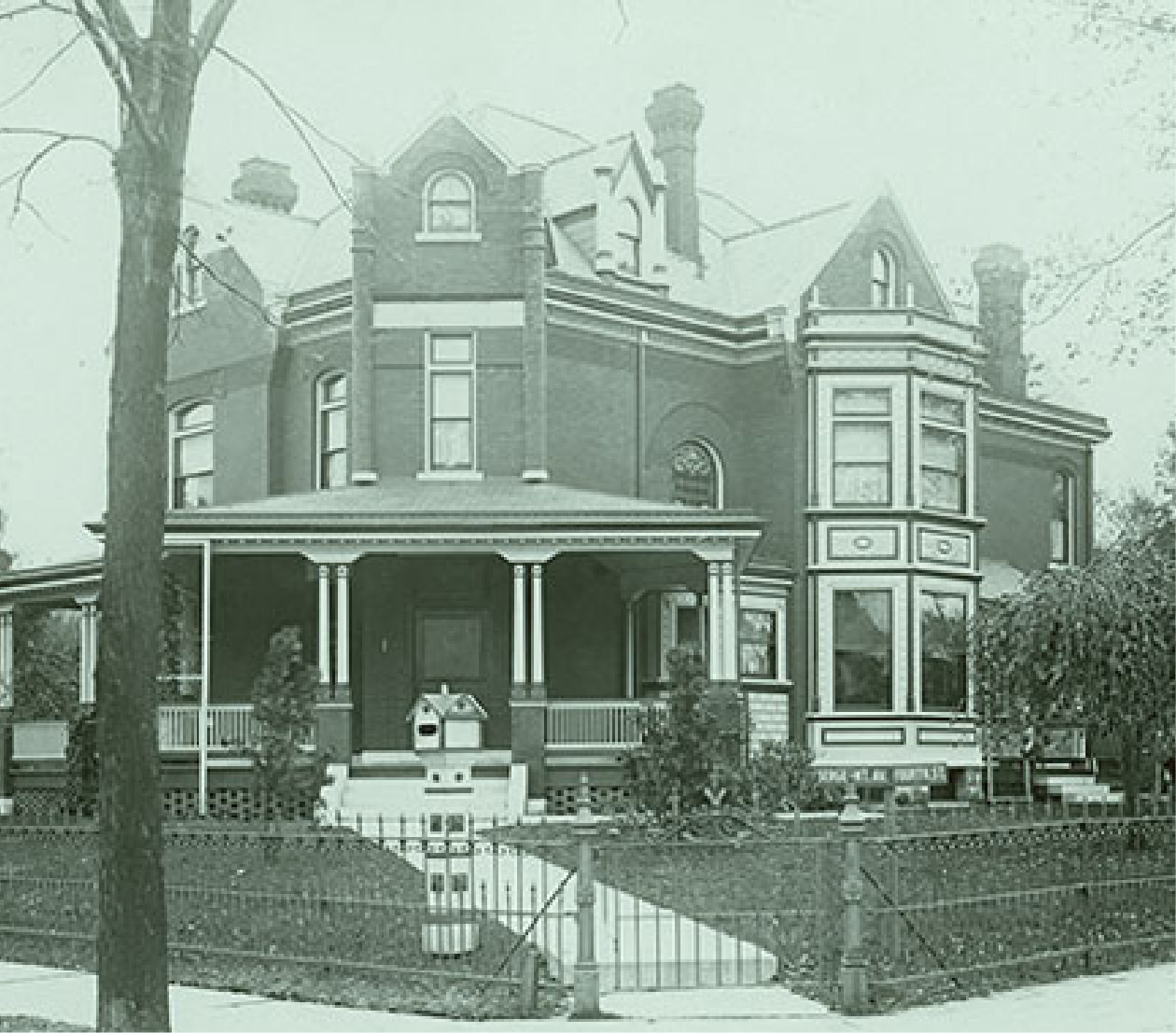 Rogers built a $20,000, three-story Neoclassical Revival home on the corner of Sergeant Avenue.

Alfred Harrison Rogers was born in LeClaire, Iowa on February 2, 1858. He graduated in 1878 from Harvard University, later studied law, and was admitted to the bar at Olathe, Kansas. After periods of employment at banks in Kansas City and Springfield, Missouri, he relocated to Joplin during the late 1880s and constructed a street railway line between the two lead and zinc mining communities of Webb City and Carterville. This interurban line expanded into a multi-million-dollar company known as the Southwest Missouri Railroad, linking the communities of Carthage, Missouri, Galena, Kansas, and Picher, Oklahoma. Rogers helped establish the Interstate Grocery Company where he became vice president and served as a director on the First National Bank board. In 1910, Rogers purchased controlling interest in The Joplin Globe. He became the president of the newspaper, retaining that position until his death. Rogers died on March 7, 1920 in Los Angeles, California. 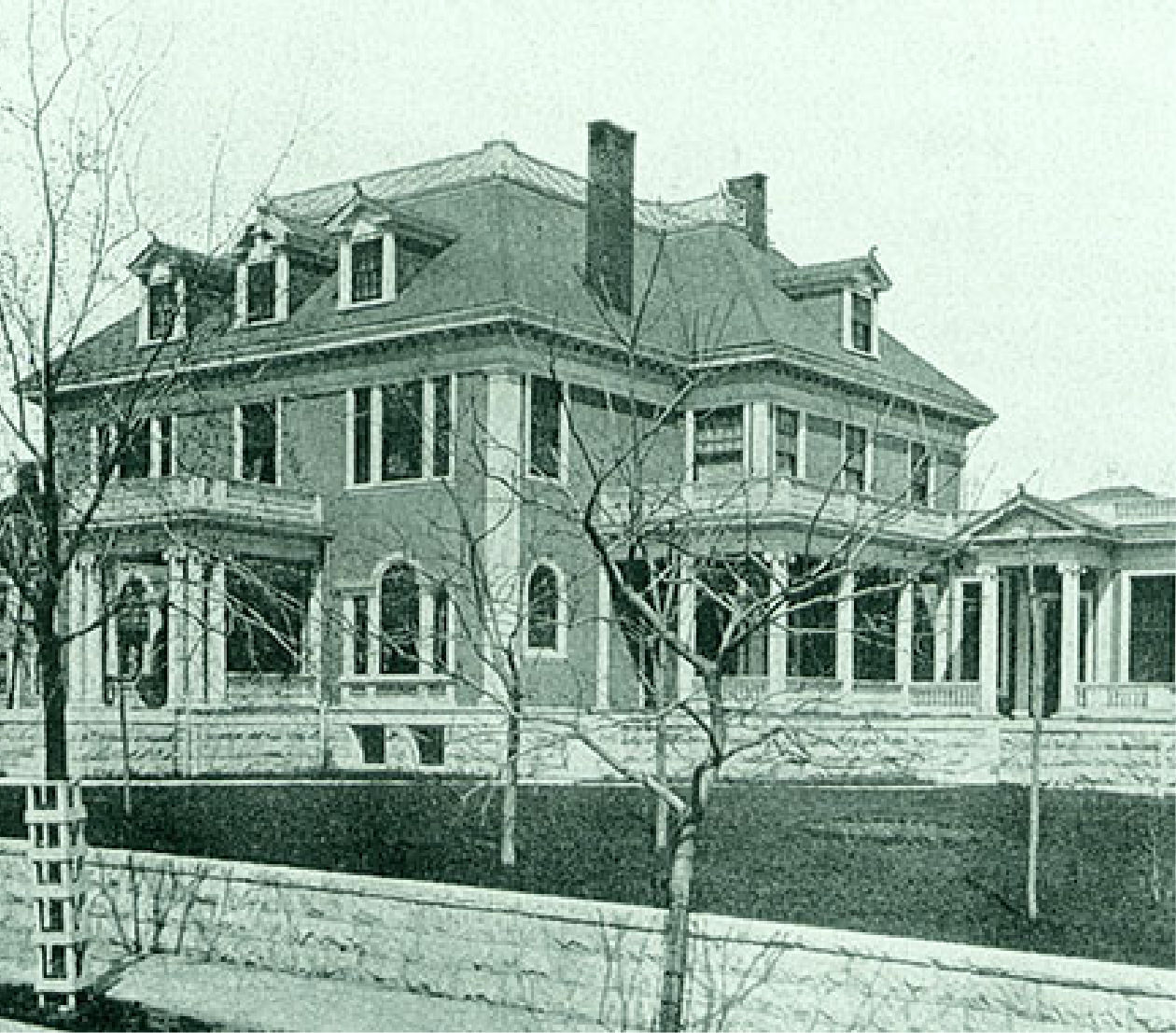 In 1899, Charles Schifferdecker sold two lots in the Moffet subdivision to Alfred Harrison Rogers. One year later Rogers built a $20,000, three-story Neoclassical Revival home on the northeast corner of Sergeant Avenue. The house has a limestone foundation and wood cladding. The busy front façade boasts an elevated one-and-one-half story porch with grouped fluted Ionic columns and a steeply hipped roof with two brick chimneys rising above the roof line. Impressive modillions and a dentil molding embellish the roofline. Palladian windows are symmetrically located on either side of the first-floor entrance. An addition to the house is a single-story cottage/servants’ structure. This appendage mimics the decorative features of the main residence.

By 1915, The Joplin Globe, under the management of Rogers, boasted a circulation of 18,000 subscribers. The newspaper employed 60 workers with an annual payroll of $125,000.