At the turn of the century, there was considerable conversation concerning women’s roles in society. By 1900, over four million women were in the labor force, receiving a paycheck. Although paid considerably less than their male counterparts, women were finding niche occupations like seamstresses, secretaries, nurses, teachers, and domestic servants. Additional employment opportunities were becoming available such as telephone operators, store clerks, and factory workers. Of course, there were a multitude of occupations in which women were not allowed.

The vast majority of women were child bearers who cooked the meals, cleaned the house, washed the clothes, and raised the children. Their role in society was primarily linked to their home, husband, and family. However, as the new century unfolded, another opportunity emerged for women—the chance to attend college.

By 1900 more than 60 percent of all high school graduates were women, but less than 20 percent went on to earn a bachelor’s degree. After some long grueling battles against gender oppression, women finally obtained the right and the opportunity to continue their schooling at the collegiate level.

The majority of people felt a college degree would make women more effective wives and mothers. Only a few viewed education as a life-changing experience that could empower women’s careers as future professionals in the work force.

An April 1903 Ladies’ Home Journal article entitled, “The College and the Stove” by Edward Bok, reflects the point of view of an upper middleclass Caucasian male. The following excerpts are from Bok’s essay.

A college training for women is, comparatively such a new element in our American life that its benefits are understood only by a few.

There is one fact which all these collegiate argumentators either overlook, forget or seem not to know: that all the different studies which to-day are taught at girls’ college are each and all less necessary and less vital to 90 out of 100 girls who pass through their doors than is the study of domestic science.

The art of good cooking is, of all the arts known to mankind, the last to be made light of by college president or college student. It is too fundamental for that: too indispensable.

In how many of the largest girls’ colleges in America is domestic science taught? And the presidents of these colleges are asked why not, “That is outside the function of the college,” is invariably the answer.

Those who have made the closest and most sympathetic study of the present “higher education” of woman, as it is called, admit as its weakest point that much of the learning acquired at college is of no practical value to the woman after-life.

If she becomes a teacher, or follows some other strictly professional career, then her book-learning becomes a real factor. But statistics have proven that by far the largest majority of college girls marry and become home-makers. These girls find themselves seriously handicapped. They can extract nothing practical from their collegiate training and apply it to work which suddenly find has become the work of their lives.

The study of history, of art, of Latin, of music – all this opens up a girl a world which is refreshing, broadening, and will prove, in after years, a resource full of pleasure and comfort to her. But along with these studies must soon be placed, not beneath them, but beside the best of them, the study of domestic science.

I believe that the introduction of the study of domestic science into the curriculum of every girls’ college would have a distinct bearing upon the solution of the ever-perplexing servant problem. Just so long as domestic work as a profession for women is regarded with disdain and looked down upon, just so long will we have the problem of domestic service in its present unsatisfactory condition. But the moment we lift it to the plane where it rightly belongs—as one of the highest professions known to mankind worthy of serious study at college—then we see a different order of things. The girl who to-day prefers a place in a store or factory would no longer continue to regard the work of a domestic as menial, if that work were placed before the world as a study, prepared for in college and studied by girls of intelligence and position. If some of our girls entered homes with the knowledge which a college course of domestic science would give them they would very quickly cease to regard their servants as simply menials and white slaves. Not only would such girls give to cooking its proper place, but they would demand as well a quality of service which would of itself, weed out the incompetent, and bring a new and higher element into our kitchens. If the mistresses of the American homes knew more themselves of cooking as an art, if they more intelligently appreciated its value they would give higher credit to those who are to-day cooking in our kitchens.

The college can ill afford to make light of the stove. For after all, the fact cannot be overlooked that there were a few years in the history of the world when women did without the college, and the records of those years show some women of intellect and of glorious deeds.

Bok’s antiquated, narrow-minded views by today’s standards were considered to be sound reasoning of the day. Although women were aggressively taking on current social issues they still were not permitted to vote at that time. Their limited role in society was firmly entrenched at the home. However, times were ever-so-slowly changing, and college offered a new direction and an open door to future occupations for women. 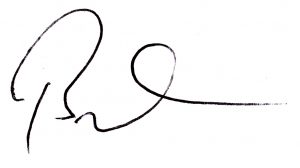